Home Gaming Interview with Baiyon, the man behind PixelJunk 4am and Eden 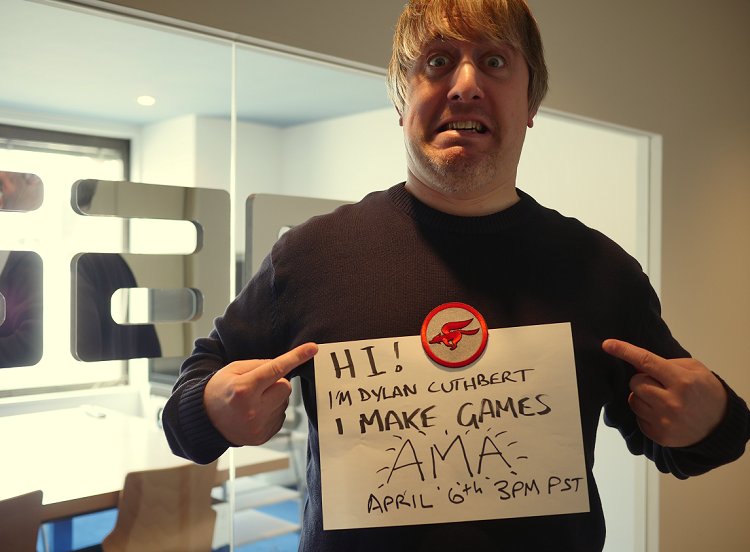 This week we opened a little more the musical range of these interviews with game composers. As the orchestral music its most abundant in the video game music, we had talk with people like Jim Dooley or Rod Abernethy, also there are still a strong base of more traditional video game music, like Michiru Yamane and Grant Kirkhope does, type, and modern electronic music such as CoLD SToRAGE, but is the first time we interviewed an artist like our guest today.

The music of Baiyon is also electronic but specifically belongs to the techno and house style, a kind of music relatively new in videogames. Baiyon is a complete artist, very versatile and in games, he is the designer of graphics & music in PixelJunk Eden and the next entry of the series, PixelJunk 4am.

Lately, Baiyon has shown his altruistic side. In digital format, and through his label Descanso, Baiyon just released Vibes Vibes Against a two-volume disc whose full proceeds are donated to the Japan earthquake victims and for housing reconstruction in the disaster area. Great artists from 11 countries have donated 20 tracks exclusively for this album. People like Hirokazu “Hip” Tanaka, I am Robot and Proud, Shane Berry, DJ Olive or Baiyon himself has made music for the album. It can be purchased at Amazon, iTunes, Beatport and Bandcamp. It’s good music and a better cause.

Hi Baiyon! it’s really a pleasure talk with you. Please, can you introduce yourself to our readers?

My name is Baiyon and I live in Kyoto. People refer to me as a multi-artist. I suppose that’s because I am involved in a variety of areas – for instance I DJ, I’m a producer, I run a music label, I’m a graphic artist, I design and make apparel, I do a lot of things!

My involvement in game development started a few years ago. I really like games.

As an artist, what are your main influences and inspirations?

On a daily basis, I like to travel, experience things and meet people.

And as a gamer?

How did you get in touch with the gaming industry to design graphics and music PixelJun Eden?

I went to a friend’s party and met Dylan Cuthbert, the President of Q-Games. We both had an idea of what the other person was like, having heard about one another, but it was the first time we’d met and talked to each other. I told him that I’d been wanting to make a game for the longest time and we started to talk about how we could work together on a project. That was around the time that the PixelJunk series got underway.

So since then, my collaboration with Q-Games has been my main project in the game space, but I have also contributed a number of tracks and instruments to Little Big Planet

PixelJunk Eden is very unique and fresh, just like every PixelJunk game, but Eden is even more conceptual, because you design both graphics and music. What were the feelings you wanted to show Eden’s player through the game?

I wanted to impart the feeling of being on a journey. I also wanted to recreate the atmosphere of a nightclub at the break of dawn. As I was involved in both the graphics and the sound, my vision was to make an album that you could experience, with a visual component.

How is your creative process in a game like Eden? What is the starting point, the music, the graphics, an abstract concept…?

The creative process differs from situation to situation, but I think my starting point is the scenery, that image. Then smells, sounds… But I also have to consider things from the perspective of gameplay.

You recently made a musical collaboration with Hirokazu Tanaka, one of the greatest game composers of all time. You and Tanaka have a similar same vision of how game music & sounds effects should work in a game. But today, sometimes, its difficult to differentiate a game from a movie. Do you think that has changed in substance that vision of game music and its interactive integration with the graphics?

Does the hero of the movie jump when you press a button on the game controller? Regardless of how gorgeous the graphics and the visuals get on screen, as a media there is a difference between the two.

Even with the evolution of imaging and sound in games and movies, in terms of quality, the two are not the same. But I do believe that both are wonderfully expressive mediums.

Moreover, Hip Tanaka and I have very similar tastes and interests when it comes to music. We are both interested in discovering new ways of musical expression, we are similar in the way that we both like to constantly seek out new ways to express ourselves in an artistic sense. I really like his music, so I’m really happy that we got to work together.

Your next game is PixelJunk 4am is truly unclassifiable. It looks and sounds very cool, a mix 2 of your passions, videogames and live performances. But in view of the trailer is hard to get an idea of its potential. Can you tell us how it works PixelJunk 4a.m.?

4am is a game where you get to play with music. Use the move controller to add DSP effects to make breaks that are unique to your musical creation. Then you can broadcast what you’ve made. From your own living room you can play and broadcast live, in real time, accompanied by interactive images, to the whole world.

However, I don’t want to give the impression that this is merely a ‘music game’. The main feature is the musical performance, but your broadcast is your own personal documentary. From the name 4am, the graphics and the sounds, I hope we have captured the atmosphere of a club in the early hours of the morning. This is a very romantic time of the day for me. 4am is a game where you can experience that atmosphere first hand.

An usual issue in this kind of games is that the user-created pieces might sound a bit similar. How many music will include the game? Could you talk a little about the player’s freedom to make his own music session in 4am?

4am is a very flexible creation, in many senses of the word. I can’t give you any metrics or concrete examples at this point in time, but I can say that people who give 4am a try will be very satisfied with the sheer volume they’ll find there.

6 Ways Technology Can Help You Hone Your Cooking Skills

Genuine vs. OEM Auto Parts: What Are the Pros and Cons？

ABOUT US
Based on the world's most exciting news articles, we are a group of creative & experienced experts. We help businesses grow even when times change. We are optimists. We value truth and ideas that create affinity, benefit, and advocacy. We use our skills of analysis and cover all information according to the reader's needs.
© 2020 - Gamikia.com

Angela Horne - January 30, 2023 0
Every computer features numerous internal components that facilitate it to perform even the most complex computational tasks without hassle. However, irrespective of how powerful...